Bob Fitrakis speaking on the stolen election of 2004

On Monday of this week, I attended the Rainbow PUSH September Summit, which brought members of a variety of activist groups together to "create connections" and learn about four key issues:

What follows is a transcript of part of the Fair Elections panel, which was the last panel of a very full morning, and why Cliff mentions wanting to "move things along"...

Cliff Arnebeck: We have a dynamite panel here, and we're going to do this in a Q and A format in order to move this along. First I'm going to introduce Bob Fitrakis. Bob is the editor and publisher of the Free Press, a leading internet publication in the world, right Bob? (loud applause and cheers, drowning out the beginning of the next sentence) ...at the cutting edge of real time reporting on the theft of the 2004 election. Bob Fitrakis is a professor of Political Science at Columbus State Community College. Bob Fitrakis is the author of numerous books and the winner of numerous awards for outstanding independent investigative journalism.

Bob, I'm going to ask you a couple questions. Was the 2004 presidential election in Ohio stolen?

Bob Fitrakis: Yes it was. It was a combination of old-fashioned thuggery and high-tech Tammany. It was stolen blatantly. Three percent of those people who voted, disporportionately in the inner city, the urban areas, their vote was never counted. And I'm also very suspicious of the 131% voter turnout in --Ohio on election eve, and the two counties (sic) in Perry County that reported 124% and 120%.

And just recently this summer I went to Miami County, and I said "I don't believe that 98.55% of all the people in South Concord voted." And right before I went in to look at the poll books, the director Steve Kuhn said, "You're right, it was only 79%. But it really didn't affect the election." But taken as a whole, the 308,000 voters, overwhelmingly African American, who were purged--what they were doing is purging 29.3% of all the voters in Cleveland, who voted 83% for Kerry, while in Miami County, where only 2% were African American, they not only were not purging, they were merging. They were allowing voters from other counties to vote. That is on the record--they stole that election.

Cliff Arnebeck: Now bob, when you express the opinion that the election in 2004 was stolen in Ohio for the presidency, are you doing so as a political science professor *and* as an attorney?

Bob Fitrakis: I'm doing that--the White House, and Karl Rove, as you well know, is contemptuous of "fact-based reality". I have a PhD in political science and I have a J.D. of law. I am *trained* to look at evidence. The evidence says that Karl Rove and the White House *deliberately suppressed* the African American vote, the poor vote, the Democratic vote, *and* allowed an inflated vote in the Republican, White areas of this state. And that the machines were hidden, in Columbus. When you're voting in 15 minutes in the White affluent suburban Republican areas but you had to wait 4 to 7 hours in the inner city in Columbus (loud shouts and cheers)...voter theft.

Cliff Arnebeck: Dr. Fitrakis, did you have occasion to interact with Robert Kennedy Jr., the son of the former United States Attorney General who was assassinated for fear that he might become President of the United States. Did you have that opportunity?

Bob Fitrakis: Well, there are a great many heroes. The Reverend Jesse Jackson, who is there in the back, is the man who really brought this to national attention. (thunderous applause and cheers)--he is the man responsible...Thank you Jesse Jackson!

And some time *after* that, I talked to Bobby Kennedy. He was given a copy of the book. He looked at it--he originally had been skeptical, but Harvey Wasserman, my writer/partner at the Free Press said, "Take a look at this evidence." Bobby Kennedy did. He wrote a book review, and was turned down, and then he contacted Rolling Stone, and in one of the longest articles in Rolling Stone history, twelve pages, with over 200 footnotes, Bobby Kennedy and I spent four months vetting that article. And the agreement was this--any time you see a Free Press reference, I can show you a mainstream publication that picked that up. The Toledo Blade, The Columbus Dispatch--what they didn't do is apparently they don't read each other's newspapers, so what happened is Bobby Kennedy has opened up this issue.

You may have seen on Friday, on the front page of the Metro section of the Washington Post, because the machines melted down in Maryland, as we predicted in this audience that it would. And Princeton is now on our side. The General Accountability Office, those two radicals James Baker and Jimmy Carter have said "Why would you trust partisan insiders in this field, when you don't trust them with slot machines, you don't trust them with the gasoline pumps? We have Princeton, we have Stanford, we have Johns Hopkins, we've got Carter and Baker, we've got the General Accountability Office. No partisan corporation should be privately counting our ballots with proprietary software. (More loud applause and cheers.) That is absolutely unacceptable! And Bobby Kennedy put this issue back into play. 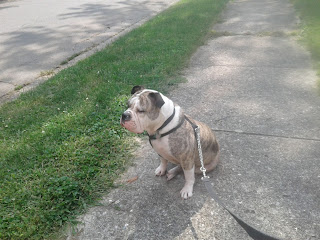